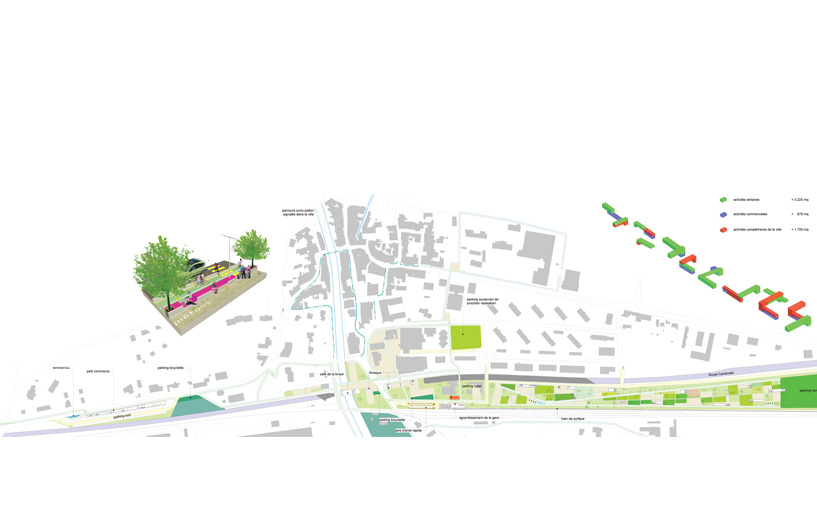 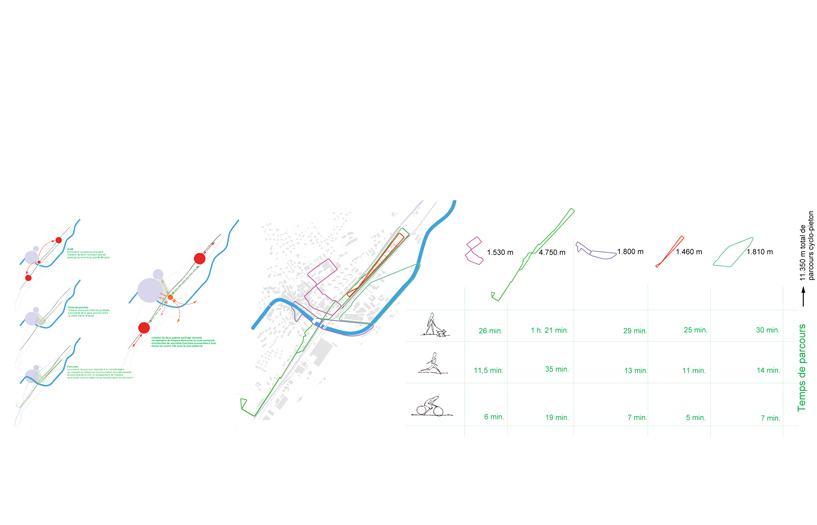 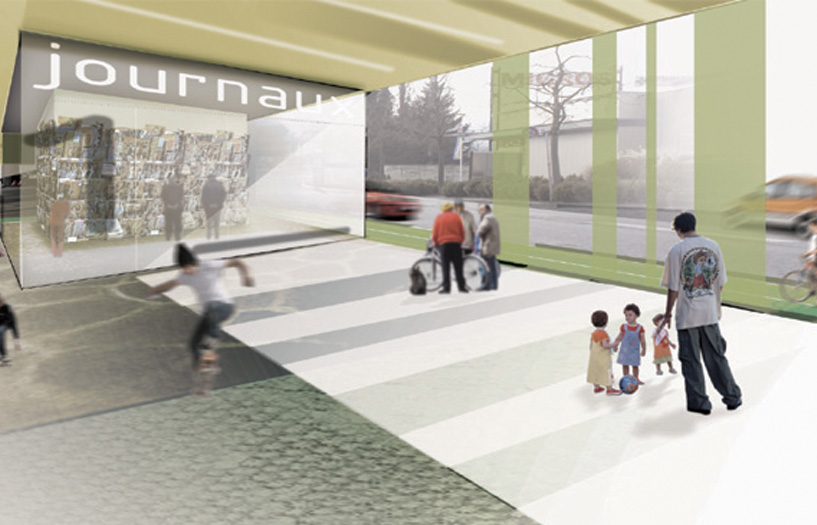 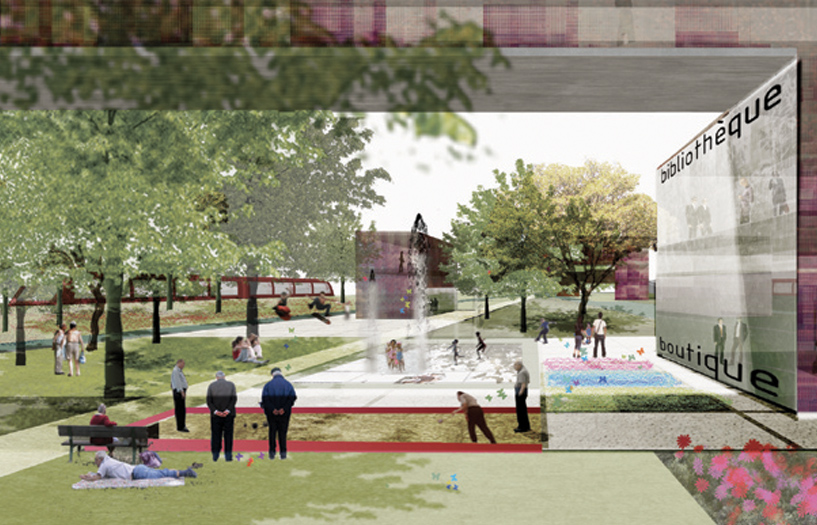 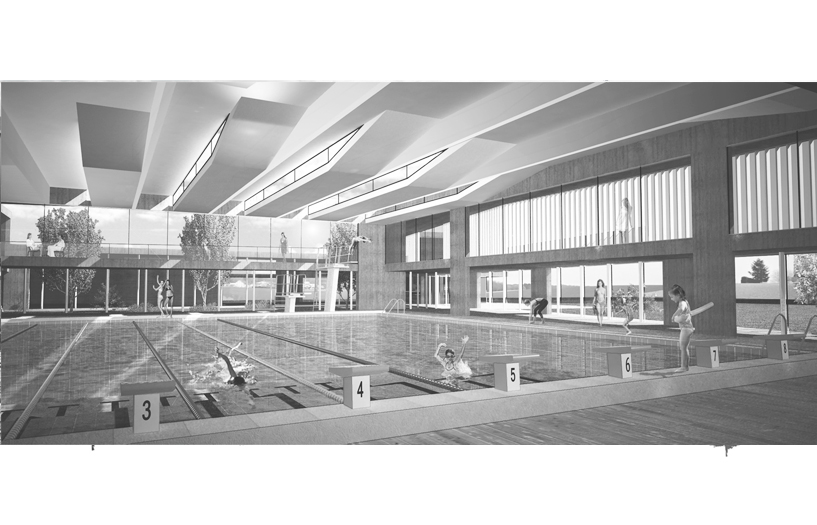 This project uses the elongated shape of the area contained between the railroad tracks and the cantonal road, to lay down a controlled development strategy based on facilities and activities. The scale of the project fits the city perfectly. Composed of different plots of land but treated as a homogeneous entity, this area is turned into a platform for a whole series of public facilities laid out in a city park that emphasises its public use. This extremely interesting project sticks to the characteristics of the site and the surrounding urban fabric, proposing an urban development plan not based on rhetoric, but on the very effective use of the land in terms of space allocation and social interaction. We found this proposal interesting for another reason: the creation of a network of paths and lanes used for soft mobility that interconnects the various urban areas and helps reclaiming abandoned areas like the void under the viaduct. Without really proposing an extension, the rehabilitation of the area between the cantonal road and the railway tracks is consistent with the urban scale. The modal transport infrastructures suggested at both ends of the site provide an answer on a local scale.

By continuing to use the site, you agree to the use of cookies. more information